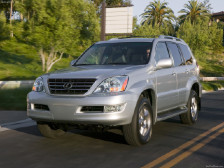 by Michael Rinehart from Oklahoma City, OK Bought a 2009 Lexus GX470. I truely consider the staff as my friends! Thanks for the help throughout the years.

5-Star Review from Google: Stop!! Go see Dan before you pay the man! If you enjoy driving, this is THE dealer for you. The selection of quality cars at Thoroughbred is unrivaled. Each vehicle is hand selected by the owner Dan Derr, who makes those purchasing decisions with 30+ years of experience, dealing exclusively in luxury vehicles. Need I say more? Stop in and start a conversation with Dan and you will see why he is trusted and respected by so many customers. Seriously, what other dealership can you walk into and speak directly with the owner? The level of service and attention to detail is reminiscent of a business model that you haven't seen since the 1950's! Give them a chance to earn your business and you will thank yourself later. Here's a challenge, before you visit a "big box" dealer, visit thoroughbred motors, experience the atmosphere and inventory, then go compare! I bet you'll return within the hour. Thanks again Thoroughbred! Loving the Volvo!!

by Kirk and Karen from Oklahoma City, OK | September 11, 2013 Easy to work with, very friendly, worked to find the car that fits us, not the one the dealer "thinks" you should have. That meant a lot to us. Not 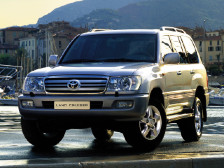 by Bkhise from Oklahoma City, OK These guys were great! Very personable and caring. Still available even after the sale! Reputable, integrity and great service describes Thoroughbred Motors!

by Loving my new car Carol Lindsay from Oklahoma City, OK Dan and his entire staff makes buying a car fun, painless, and hassle free!!!! The staff is friendly, helpful, knowledgeable and professional!!! They treat everyone, especially women with respect and treat them like they have a brain!!!! When buying a car from Dan, there are no hidden surprises and you know you are getting a great car that won't break down on you a mile or two down the road. I wouldn't dream of buying a car from any one else ever again! Thank You Dan for a great car buying experience!!!!! 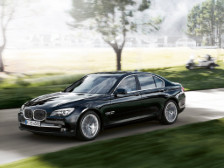 by JAY from Oklahoma City, OK I have purchased cars from Thoroughbred Motors for over 30 years. They take exceptional care of me and my entire family. I would recommend Dan and his staff to everyone interested in buying a car. They are fair, reasonable and always ready to help in any way. 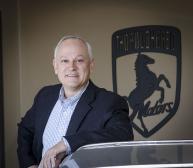 At Thoroughbred Motors we are proud of the quality pre-owned cars we sell and our dedication to serve the needs of our customers. Since 1982 our automotive dealership has focused on selling only the top of the line pre-owned luxury cars, the strongest used trucks, and the safest used SUVs on the market. Our Dealership has been named OIADA Quality Used Car Dealer of The Year, and every vehicle is inspected and serviced to our high standards. We invite you to come in and speak with with Dan or Allen and see what a different experience car buying can be at Thoroughbred Motors of Oklahoma City!

by Stephen Saak from Oklahoma City, OK Not only do I respect this dealer, I also have the up-most respect for the owner. Thoroughbred always goes the extra mile. They never hesitate to give me information about any car I might be interested in. Even if its not in their inventory, they will offer consulting if its a good value. Over the years the owner has become a trusted friend. I would highly recommend this dealership. There are no sales games. No one has time for that kind of non-sense. Most people hate the car buying experience. I can truly say that will not the case at Thoroughbred Motors. Stephen Saak, CEO S&S Promotions Inc.

by Jerry Cooper from Oklahoma City, OK I have purchased over 15 vehicles from Dan over the years and found him to be an absolute professional. I have described to Dan a particular type car I would be looking for and the accessories needed and he always came through, to the point that I have purchased vehicles from Dan, site un-seen, because he (Dan) would tell me that the car has what I had told him I wanted, leather, remote key, etc. and not once have I been disappointed. One Lexus had an issue that Dan nor I knew existed until after the purchase. Dan repaired it, out of his pocket, and I had of course signed the document "AS IS" when I made the purchase. 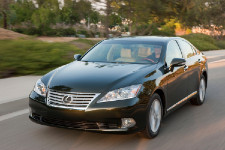 by Sam Cathey from Oklahoma City, OK I have bought over 20 vehicles from Thoroughbred Motors over the years and have never been disappointed or mislead. Dan and his staff are wonderful Christian men and will do you right. They have never misrepresented a single thing on any of the cars I have purchased. I couldn't be happier and hope you will choose to buy from them. I can assure you that you will immediately see that Thoroughbred Motors is an easy no-hassle dealer and you will never go anywhere else. 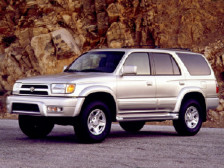 by Holly from Oklahoma City, OK Thoroughbred Motors is always helpful with any problem I have. Whether it be buying a new car or helping to repair a car I purchased years ago. They always have the solution to my problems! 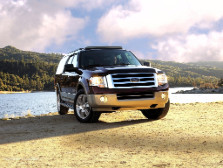 by Gwen and Chet from Edmond, OK Ryan and Dan at Thoroughbred thoroughly researched and found exactly what we were looking for. You can count on them to be honest and very accurate in their representation of any car on their lot. Very upfront and honest. They disclosed the fact that there had been paintwork on the car prior to them purchasing it, just for the sake of full disclosure. It is little things like this that set them apart from other dealers we have dealt with in the past. We have bought numerous cars from them and know we are in good hands. We will be back when the time comes. We have recommended them to friends and highly recommend you give them a chance. You won't be disappointed:) 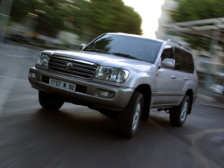 by Thank You!! from Iowa I bought a newer vehicle from Dan at Thoroughbred recently. Dan was a complete professional, working with me in every way. I drove down from Iowa, to Oklahoma, because the vehicle was such a great deal. Had it inspected locally and Dan worked with me on the two minor issues the vehicle had ( that he was unaware of ), paying to make the car 100%. Dan picked me up from the car rental and gladly brought me to his dealership. Dan said he has been in this business for over 20 years and that is evident. The prices and quality of the vehicles Dan sells are superior to most. I'm very happy with my newer car ! Thanks Dan ! 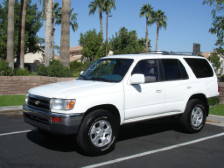 by Elliot M from Oklahoma City, OK I bought a used car from them, and they were really nice and were helpful. The only downside was that I felt like I was pulling teeth trying to get what they promised me. I had to call several time for a new remote and I went there once to find out he could not do it. After I finally got one, the remote was for a different brand of car, but it works. They try to have the luxurious appeal, but don't ace it when it comes to taking care of the customer. They also failed to tell me that my car needs premium, but I guess I'm expecting too much from car salesmen.

by Gayle from OK from Norman, OK My salesman was easy to work with, very courteous, and answered all of our questions. Communication was excellent and disclosure was given. Overall, trading in our car for a newer model was a great experience at this dealership. The staff was very kind and helpful.

by carlover from Edmond, OK I have purchased numerous vehicles from Thoroughbred Motors over past twenty years, from high performance sports cars to SUVs. All transactions have been straight-forward with vehicles found to be as represented--no surprises. Owner and staff highly knowledgeable. Highly satisfied, repeat customer who has enjoyed dealing with true professionals.

by Razz from Oklahoma City, OK My family and I have bought all of our cars over the last 10+ years from Thoroughbred. They are always very helpful and honest about their cars. Every time we have gone to them looking for a car (including my 2009 Toyota Highlander, which I LOVE!) they have done their best to find the right car for us. Their salesmen are great because they aren't pushing and actually listen to you. I would definitely recommend Thoroughbred to anyone looking for a car. 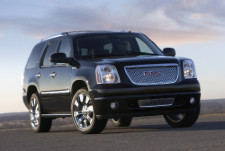 by Greg S. from Oklahoma City, OK An outstanding dealer who ALWAYS provides quality cars and their customer service is best in the metro area!!! 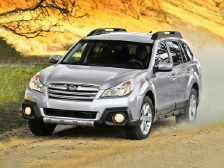 by Kari from Oklahoma City, OK Dealing with Thoroughbred Motors has been, by far, the best car buying experience in my life. Dan found the exact car for me at the fairest price. No dealership games here. The car was detailed and they even put brand new tires on! It was like a brand new car! No waiting all day long with lots of mind games either. It was a very honest and straightforward process. They have won me over as a loyal customer. 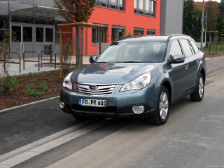 by Sarah from Edmond, OK I was recently in the market for a newer car for my 16 year old daughter. Having worked with Dan in the past, I went directly to him to see what he had available and what he would suggest for a driver of her experience. Dan and all of the staff went above and beyond to locate a late model, quality and dependable vehicle for my daughter. It is honestly far more car than I thought we could get for our budget. Dan told me that he specifically chose this car for her because it was something he would put his own precious daughter in... We couldn't be more please with the vehicle, service and hospitality we received at Thoroughbred Motors. I would highly recommend them! I will never go anywhere else!

Write Us a Review